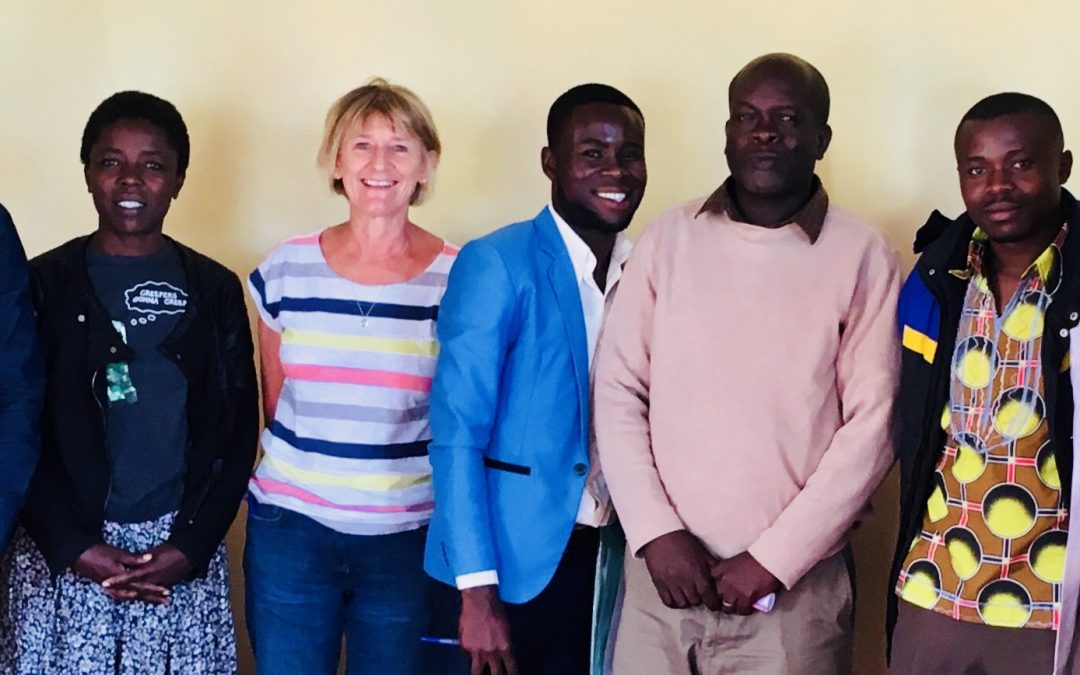 ‘For every person diagnosed with diabetes in Kenya, two are walking with it’*

In June, Anne Wynne, a nurse with a wealth of experience in the diagnosis and management of diabetes, accompanied Sallie on her annual visit to the clinic.

They undertook a small survey and found that there appeared to be a much higher rate of diabetes in the community than had been assumed.  It was also being under treated. Anne spent much of her time discussing modern diagnoses, management and treatment with the clinical officer, nurses, lab technician and pharmacy technician. They now realise that it is a treatable condition but it has to be recognised first. If diabetes is undiagnosed and untreated the implications are that it can cause kidney disease, blindness, heart disease and early death.

Type 2 diabetes is often considered to be a modern disease brought about by access to fast foods that cause obesity, and lack of exercise. However in Buburi there are no hamburger or deep-fried chicken outlets and the majority of people in rural areas are not overweight as they have to grow their own food. Meat is definitely not an everyday staple, but surprisingly there is the growth of diabetes there too.

There are other causes that warrant research such as malnutrition during pregnancy, eating Ugali (made with refined corn meal), and autoimmune disease brought on by viral illnesses. But whatever the cause, awareness of the disease and its implications is vital.

Anne also spent time with the Community Health Volunteers (CHVs) who spend most of their time in their communities discussing health issues. They are often the first port of call in the village for health advice and it is important that they understand, on a basic level, the importance of eating healthily and going to the clinic to be checked regularly for those already diagnosed with diabetes. There is a low level of knowledge about it in rural areas and they subsequently felt much more confident in being able to talk to the community about this silent disease.

Within the NHS in the UK there is great emphasis on recognising and treating diabetes but in rural Kenya the emphasis is on getting enough food to feed the family to prevent hunger. We’ve been working to make sure that health professionals at all levels in Buburi need to use their skills to give appropriate health advice to the community they serve.

*said by a Kenyan Doctor.